Safer Communities: Response to the 227 Recommendations of the Royal Commission into the Protection and Detention of Children in the Northern Territory 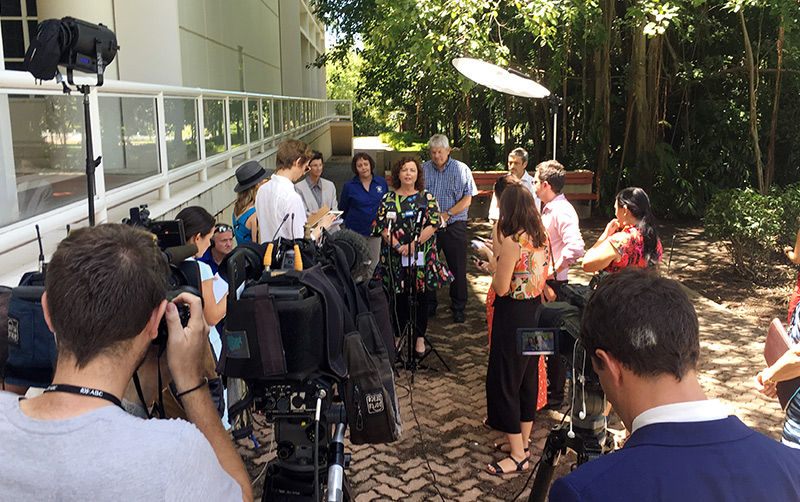 The Territory Labor Government today announced it will accept the intent and direction of all 227 Royal Commission recommendations, delivered in its final report late last year.

The report was borne out of the treatment of children in the care of the Northern Territory and it is a story of our failures to care, protect and build those who needed it most.

Minister for Territory Families Dale Wakefield said that the Territory Labor Government took responsibility for those failures and, since August 2016, has embarked on historic youth justice and child protection reforms.

This includes the $18.2 million a year overhaul of youth justice in the Northern Territory, announced one year ago.

“Making meaningful change that improves the lives of children and families is at the heart of the Territory Labor Government’s decision making,” Ms Wakefield said.

“We made an election promise that we would get young people back on the right path and away from a cycle of crime. In order for our communities to be safer and stronger, every Territory child MUST have pathways for a bright future.

“The Royal Commission final report recommendations aligns with the path of reform that we have undertaken since coming to Government, including sweeping alcohol reforms announced yesterday.”

Ms Wakefield said 217 of the recommendations relate to action by the Northern Territory Government, which have been mapped into a framework of 17 work programs.

“There are another 10 recommendations which we accept the intent and direction of, however they require actions by the Commonwealth Government and other organisations.

“We need coordinated effort in order to make effective, meaningful and generational change to our youth justice and child protection systems. Now more than ever, we need the support of the Commonwealth Government working in collaboration with the Northern Territory Government and the Aboriginal-controlled and non-government sector.”

“Our child protection and youth justice systems are broken and only fundamental, wholesale reform of the systems can improve outcomes for the Aboriginal children and young people in the Northern Territory,” Mr Paterson said.

“These reforms need to be driven and led by Aboriginal organisations and people. We advocate for a new single act to regulate both youth justice and child protection systems.”

The 17 work programs will come under four major objectives:

The work programs framework is a Whole-of-Government approach to consider the most effective way to allocate budget, resources, and timeframes that will be required to implement reform.

The Territory Labor Government is considering a submission for resourcing impacts as part of the 2018-19 Budget development process and will provide an implementation plan for consideration in late March.

The key reforms that have been underway since August 2016 include: